This album has been more than 2 years in the making. Delays have been many, varied and very frustrating. There were a couple of times when it looked as if it might not happen at all. Now we have 12 beautifully composed, recorded, mixed and mastered tracks (13 if you buy the CD), a sensational music video, and a release date.

I could tell you all about the reasons I AM CELLO took quite so long to see the light of day, but you'd be bored and I'd need to lock myself in a dark padded cell. Instead I'm going to tell you that the result was worth the wait. Of course it would be brilliant if all sorts of high profile publications and people were flocking to praise the music and insist that you buy many copies for yourself and your friends and family. Unfortunately all of the high profile publications and people are most inconveniently otherwise occupied, so dammit - I'll just do it myself.

It is a lush, dramatic sonic adventure made possible by an exceptional creative team and a record label willing to take a chance on my other half and I - essentially an unknown quantity. The team includes my husband Dan who composed all 13 tracks, Yoav Goren who produced and mixed the album and provided creative direction, Toby Mason who also mixed, and the Angeles Chorale under the direction of John Sutton. Writing and recording the cello parts was my domain. The label who gave us this incredible opportunity is Imperativa Records, owned and run by Yoav Goren. Yoav is best known for his award-winning trailer music library, Immediate Music and his own Emmy Award-winning compositions. As a pioneer of the trailer music genre, he set up Imperativa Records to champion the broader genre of epic music.

We have also been extremely fortunate to work with eko create under the direction of Andrew Watkins, who shot and edited a beautiful music video for Reprisal, the 3rd track on the album. And we were equally fortunate to receive financial backing from MacMillan Estate Planning, without which the album really wouldn't have seen the light of day.

We're releasing Reprisal next Friday (16 September), but if you simply can't wait that long, head over to iamcello.com and join the mailing list to get your fan-only early viewing. In the meantime, here's a teaser for the video, and the sound you can expect for the rest of the album. 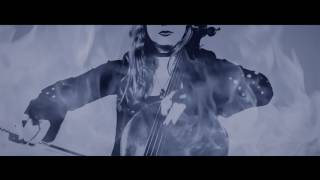